SysAnalyzer is an application that was designed to give malcode analysts an automated tool to quickly collect, compare, and report on the actions a binary took while running on the system.

The main components of SysAnalyzer work off of comparing snapshots of the system over a user specified time interval. The reason a snapshot mechanism was used compared to a live logging implementation is to reduce the amount of data that analysts must wade through when conducting their analysis. By using a snapshot system, we can effectively present viewers with only the persistent changes found on the system since the application was first run.

While this mechanism does help to eliminate allot of the possible noise caused by other applications, or inconsequential runtime nuances, it also opens up the possibility for missing key data. Because of this SysAnalyzer also gives the analyst the option to include several forms of live logging into the analysis procedure.

When first run, SysAnalyzer will present the user with the following configuration wizard: 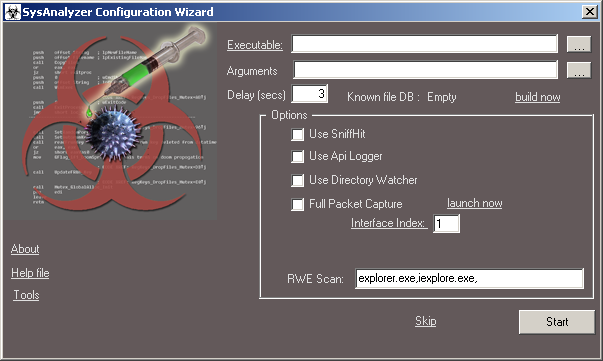 The executable path textbox represents the file under analysis. It can be filled in either by

Once this is done, the user can specify the following options to be used for the analysis:

These options are saved to a configuration file and do not need to be entered each time. Note that users can also select the "Skip" link in order to proceed to the main interface where they can manually control the snapshot tools.

Once these options are filled in and the user selects the "Start button" the options will be applied, a base snapshot of the system taken, and the executable launched.

If you click on "Skip", you will be redirected to the manual analysis interface.

SysAnalyzer's is designed to take snapshots of the following system attributes:

Each logged catagory is stored on its own tab in the main interface. The report link to the bottom right of the main interface can conglomerate all of this log data and place it into a simple text report for the user.

The known file database feature is used to allow you to efficiently filter your results so as to hide known trusted files from display.

In order to use it from the main wizard form, click skip , then goto the tools menu and choose the menu item to build known file db. This will bring up a seperate form where you can launch the system file scanner which will enumerate all exe, dll, and sys files on your system. Make sure to only run this on a known clean system because any files it detects will be assumed to be clean in the future. It will store the file name, path, version and hash. Once this completes, you can close this form and select the tools menu item for hide known files. When this menu item is checked, all known files in the database will be hidden from display in the listboxes. If there are known clean files still displayed (files outside of the scanned default directories) just click the tools menu item to update known files. This form will list all of the unknown files presently shown in a given snapshot and allow you to easily mark the ones you trust as known.

If you have built a known database, known files will display in blue. Known files that have had their MD5 hash change will show in red. 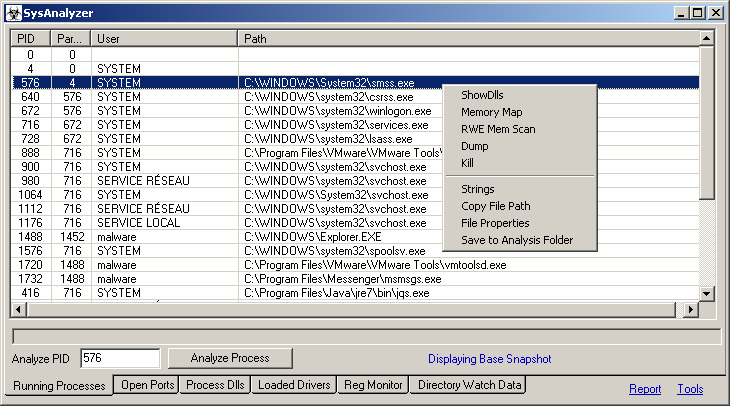 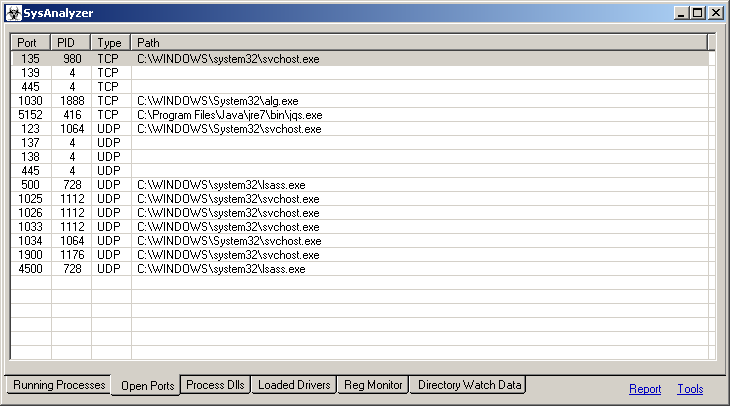 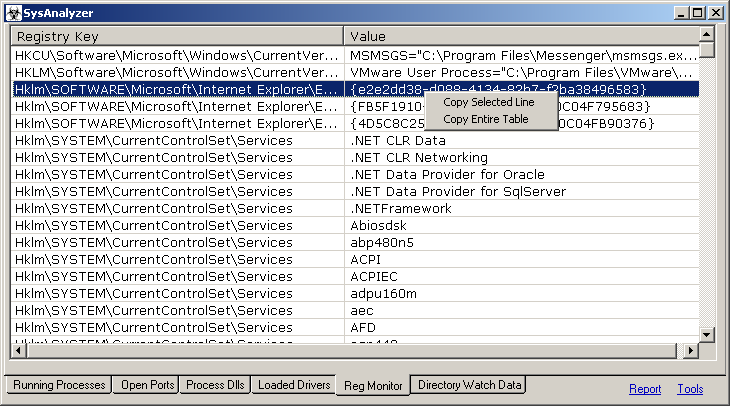 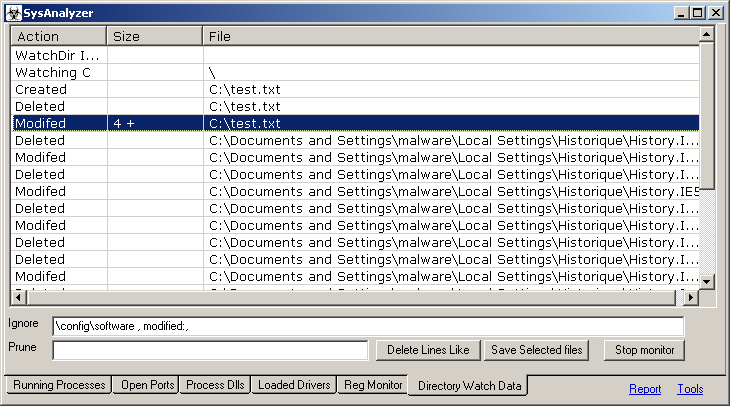