CHimpREC (The Cheap Imports Reconstructor) is developed by TiGa of ARTeam. The tool has first been presented at ReCon 2008 in Montreal.

Some of the features:

CHimpREC can be used to dump a packed executable in memory in order to gather the unpacked version. 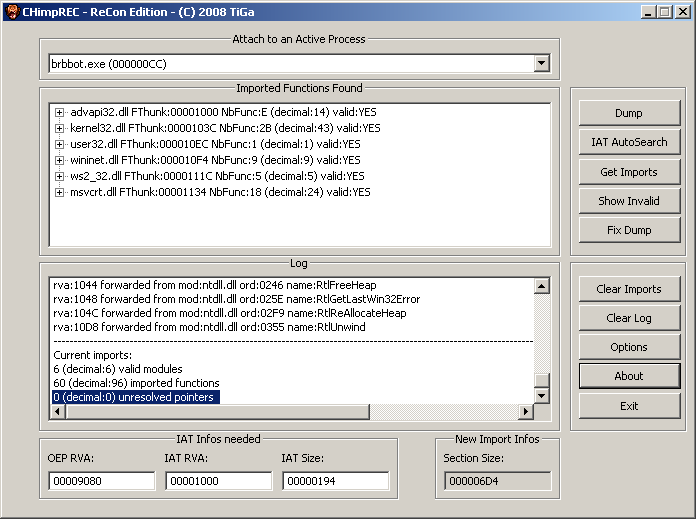 It's because the Import Address Table (IAT) is incorrect.

During this process, CHimpREC will ask you to provide the dumped executable and will save the fixed version under the same directory, with an underscore ("_") at the end of the file name.