This screen lists existing Tests by groups. If you haven't associated Tests to groups, they appear in the first table. For each Test, following information is displayed: 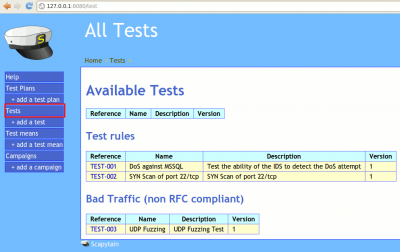 This screen enables to create a new Test. Following fields are available: 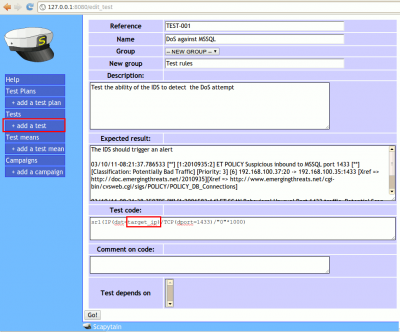 View the details of a Test

From this screen, you can: 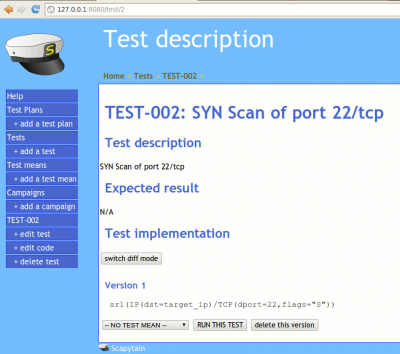 Then, from the menu, click on one of these options:

Note
Notice that every modification will create a new version of the Test.

To delete a Test, select it from the Tests list screen and click on the "delete test" link from the menu.

Note
Notice that you can't delete a Test that is implied in a Test campaign (database integrity check).

If your Test depends on variables that have been defined as Test Means, you can select the Test Mean from following dropdown list.

Run and stop a Test

Once eventually configured, click on "Run" to start the test.

When the test is complete, it displays a status:

Error while running the Test

If you have such an error (more information here):

Edit /usr/lib/pymodules/python2.6/scapy/sendrecv.py and add following line at the beginning of the file: