This screen lists all existing campaigns in a table with following information:

To create a new campaign, click on "add a campaign" from the menu. You will be presented with a form, with following fields: 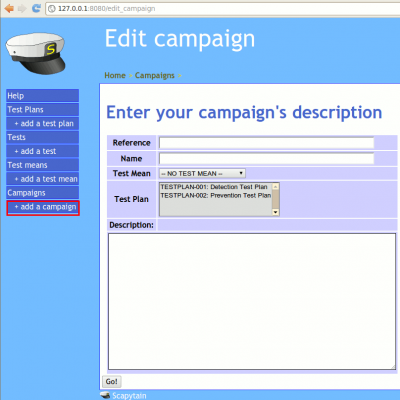 You will be presented with following screen, showing: 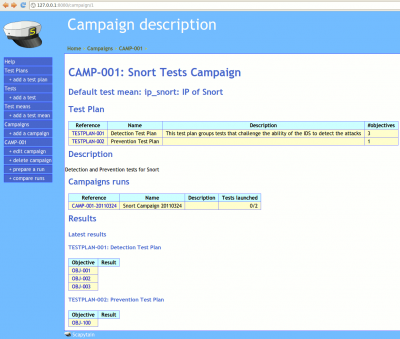 To edit a campaign, select it from the list of Campaigns and click on "delete campaign" from the menu.

The screen is similar to the Campaign creation form. 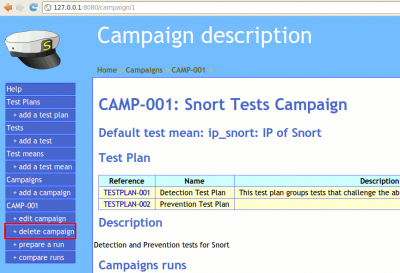 Before running a Campaign, you must prepare it. Click on "prepare a run" from the menu. Then, complete the form: 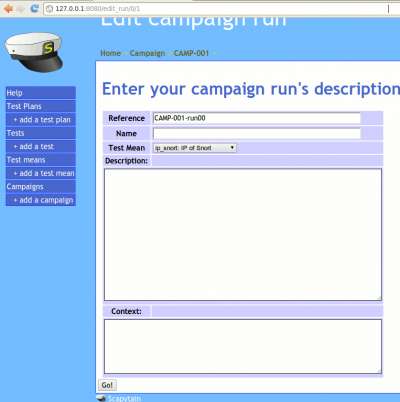 From the screen, click on one of these two buttons to run the Campaign run: 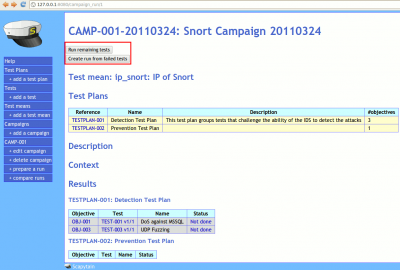 Once the Campaign run is complete, you will be presented with a similar screen, showing the status of all tests:

This screen compares the results of different Campaign run within a given Campaign. 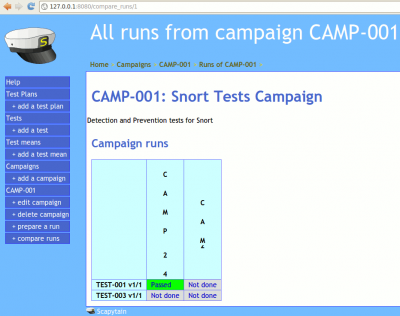